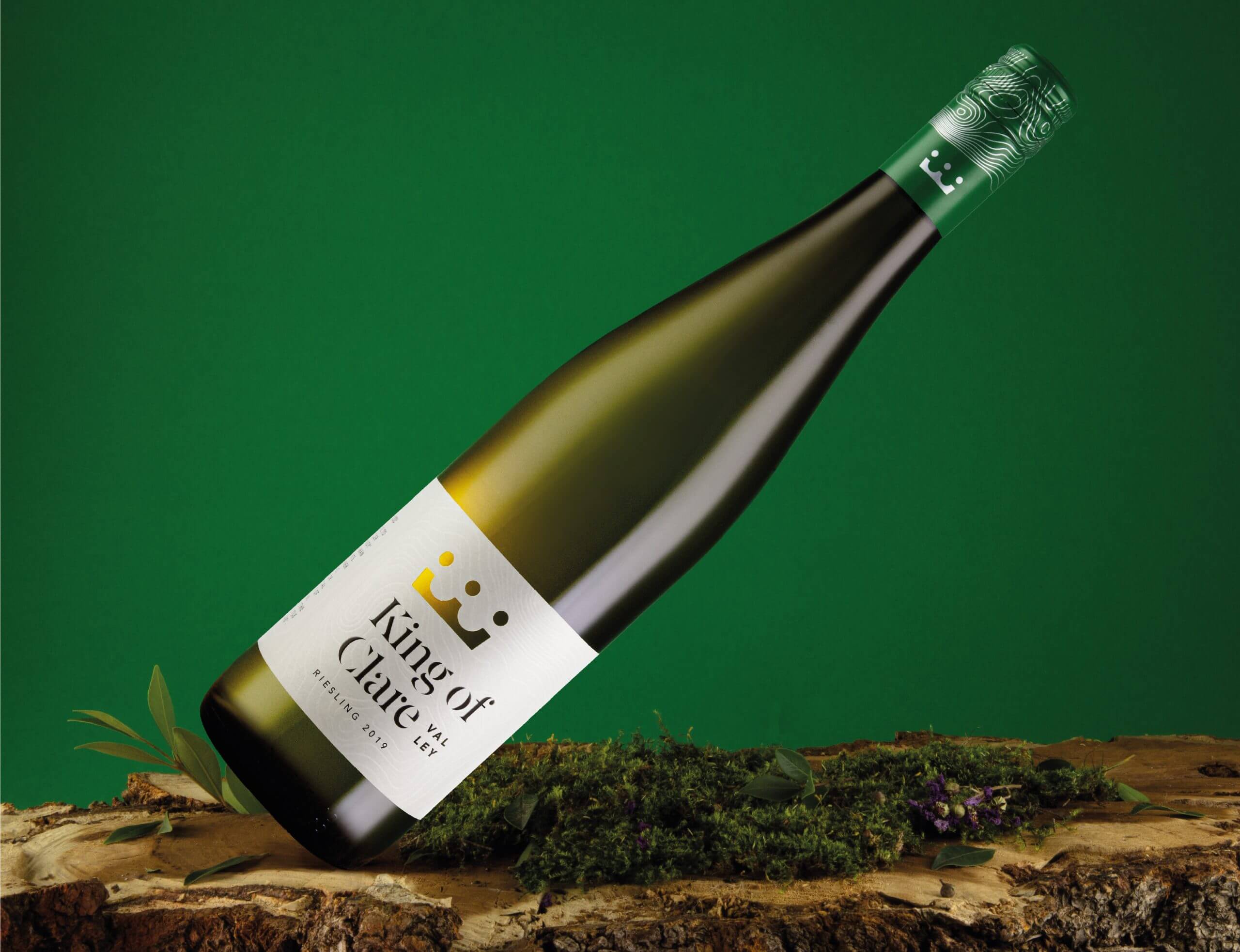 A new name and brand identity for a Clare Valley Riesling.

The idea was to create a name that gave gravitas to this new Riesling whilst communicating the region.

We named it after Paddy Gleeson, one of the first Irish settlers. He was known for wearing many hats, a town planner, mayor and magistrate, earning himself the title ‘King of Clare’.

We used a monochromatic palette so the die-cut crown would be accentuated with the colour of the bottle to shine through. The touch of green in the cap links the topography of the region with the founder’s Irish roots 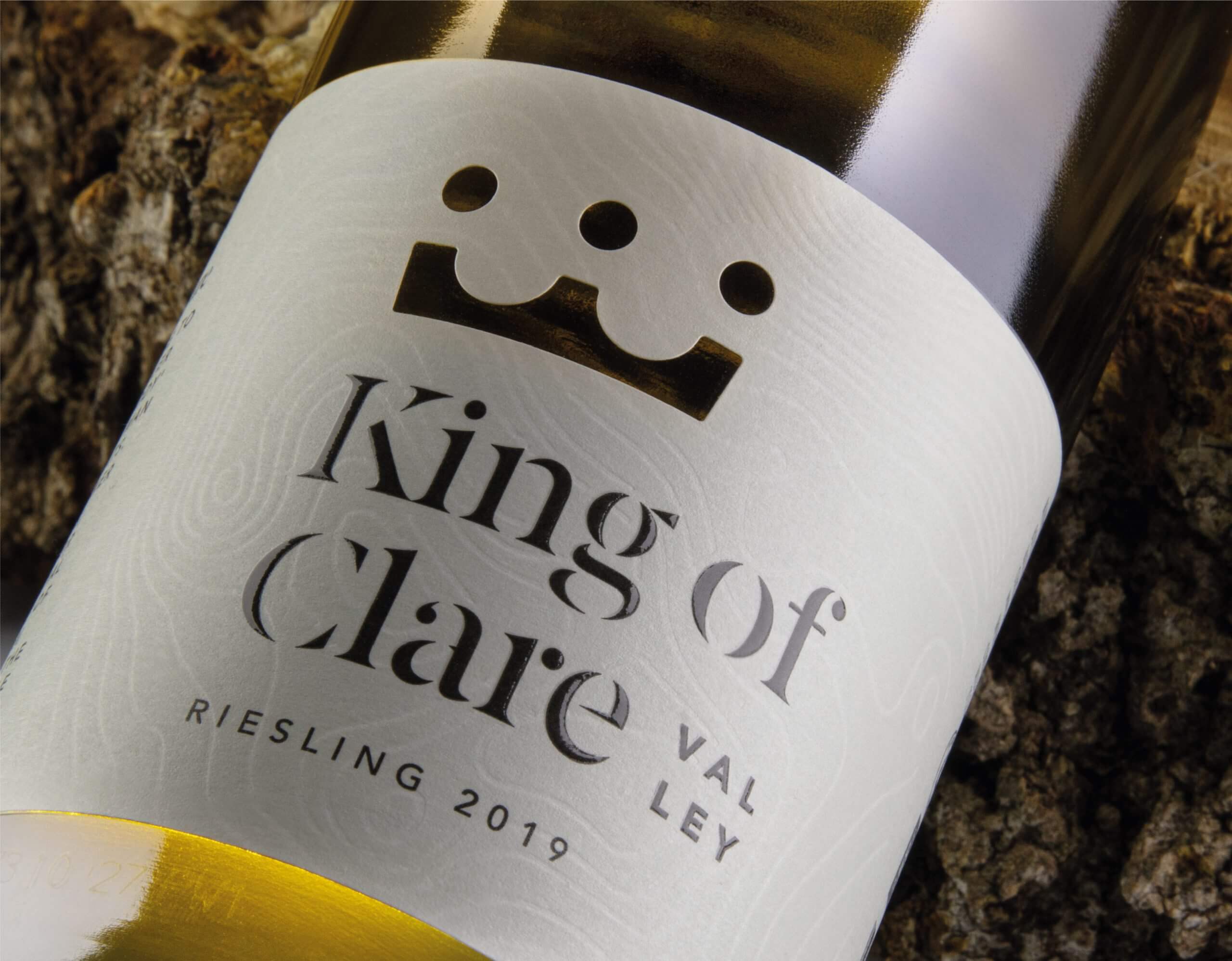 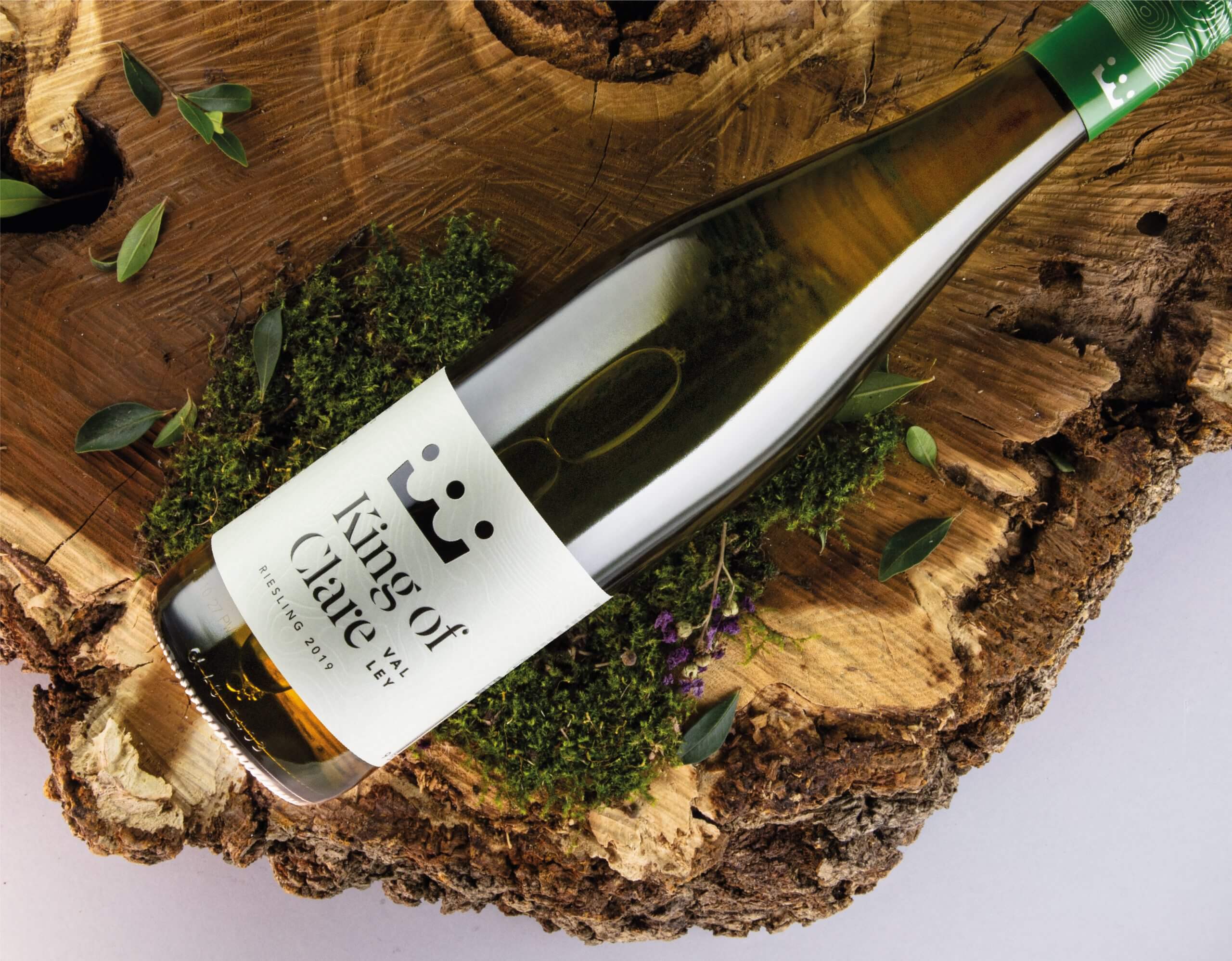